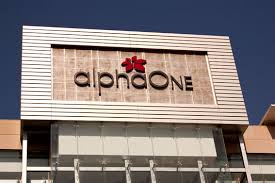 Ruchi Malls Pvt. Ltd. bought the land adjoining Vastrapur lake measuring 35,000 square metres from Ahmedabad Urban Development Authority in an auction for Rs.80 crores.Construction started in 2006 to develop a mixed use city centre catering to shopping, entertainment and hospitality. The mall faced protests from the nearby residents during its launch. The mall is located in a neighbourhood consisting of people who are strictly vegetarians, who protested against KFC opening an outlet in the mall as it is a non-vegetarian restaurant. Protests were also raised against Cinepolis multiplex as it is situated within 200 metres of a religious place.

The building was designed by Canada-based Arcop associates. The mall was constructed at a cost of Rs.350 crores. The 1.2 million square foot complex consists of the retail mall of 7,20,000 square feet, Ista Hotels- a five star hotel of 2,00,000 square feet and service apartments. The mall has three-level parking facility which can accommodate 1,200 cars and 2,000 two-wheelers. In 2012, it was claimed that 40,000 people visit the mall on Sundays and 18,000-24,000 people visit on weekdays. The mall has led to increase in traffic jams in the Vastrapur area and the authorities have taken up traffic management in coordination with the local municipal body.

The mall has three anchor stores. The biggest anchor store HyperCity occupies 80,000 square feet is located at the basement of the mall.The other two anchors Lifestyle Stores, Shoppers Stop located at the two ends of the mall spans vertically for 3 floors. The mall is claimed to have 210 stores under its roof. Other major brands present in the mall are Madura, Lolipop, Estelle, Chavda, Color Fab, Gini and Jony, and Anshu's Designer Studio. The food court and the multiplex are located on the third floor. The 6-screen multiplex is spread across 40,000 sq.ft and is operated by Cinepolis